Seward’s waterfront prior to 1964

On March 27, 1964, Alaska’s history was dramatically altered, along with its landscape.

It was 5:36pm on Good Friday when the 9.2 earthquake struck, its epicenter in the northern part of Prince William Sound. To this day, it holds the title of the most powerful earthquake North America has ever experienced. It is also the second most powerful earthquake in the world (the first being a 9.6 earthquake in Chile in 1960). Tsunami waves were reported in more than 20 countries, and tremors were felt in the Southern Hemisphere, along the shores of Australia. The shaking lasted four minutes and 38 seconds and caused 139 deaths.

In Seward, after the initial shock, 30 to 40-foot waves swept in from Resurrection Bay and nearly decimated the town. Fuel and oil tanks near the waterfront were destroyed, causing many fires that burned buildings to the ground, while large waves continued to spread flaming oil across the community. Twelve people died in Seward that day.

The Alaska Railroad tracks, which at the time ran to the south end of town where the Sea Life Center now sits, were ripped from the ground by the tsunami and twisted into mangled heaps of metal. Prior to that fateful day, large steamers would sail into Seward to off-load materials at the railroad terminus. When the earthquake struck, Seward’s shoreline dropped into the ocean, carrying with it the town’s economy and livelihood.

A long-time resident was quoted saying “They don’t call it Resurrection Bay for nothing”. Seward rebuilt, and the very next year earned itself the title of All American City. The train no longer runs to the south end of town, but stops instead on the northwest corner of Resurrection Bay, near the harbor. However, the history remains along the shoreline. Sections of tracks and old pilings can still be seen near the Sea Life Center, where most of Seward’s industry used to be.

Tourists and seasonal workers flock to the picturesque seaside town during the summer months, most having limited knowledge of how saturated with history Seward truly is. But if you look closely, there are clues hidden in plain sight that indicate the depth of its bygone past. 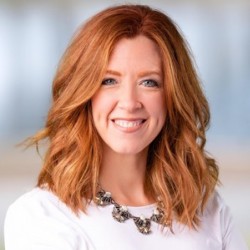 When Postage Was Only 2¢

“What further depreciates the whale as a civilized dish…”Rockwell Kent, 1930Original drawing for Moby Dick